Irrational thinking doesn’t just affect individual economic decisions; it affects corporate strategic planning as well. These results highlight the practices of companies that have made successful strategic decisions—and also reveal what the same companies have gotten wrong.
January 2009
Since its inception nearly three decades ago, behavioral economics has upset the pristine premise of classical economic theory—the view that individuals will always behave rationally to achieve the best possible outcome. Today it’s clear that the vagaries of individual and group psychology can cause irrational decision making by both individuals and organizations, resulting in less than ideal outcomes. Even the best-designed strategic-planning processes don’t always lead to optimal decisions. A recent survey by McKinsey attempts to assess the frequency and intensity of the most common managerial biases in companies. Specifically, we asked executives about a single recent strategic decision at their companies that had a clearly satisfactory or unsatisfactory outcome, focusing on the role that various biases may have played.1
It’s evident from the results that satisfactory outcomes are associated with less bias, thanks to robust debate, an objective assessment of facts, and a realistic assessment of corporate capabilities. A few clear paths to making successful decisions also are apparent. But even when a decision had a satisfactory outcome, executives note several areas where their companies aren’t all that effective, such as aligning incentives with strategic objectives and forecasting competitors’ reactions.2 Also notable is that companies that typically make good decisions focus more on their own ability to execute than other companies do, regardless of the outcome of the particular decision described in the survey.
Notes
1The McKinsey Quarterly conducted the survey in October 2008 and received responses from 2,207 executives representing a global range of industries, regions, and functional specialties.
2This is in line with the results of another survey on how companies respond to competition. See “How companies respond to competitors: A McKinsey Global Survey,” mckinseyquarterly.com, May 2008.
When all goes well
Most companies work hard to make their strategic decision-making processes as rigorous as possible. And when executives are satisfied with the outcome of their decisions, they tend to rate their companies’ processes highly in terms of practices that avoid many biases, though some do creep in (Exhibit 1).3

Companies that reach satisfactory outcomes do so in a few different ways, and three distinct themes emerge from executives’ responses. The first theme is assessment: at companies with satisfactory outcomes, executives give their processes high marks for forecasting demand and competitor reaction, assessing their own capabilities, and tailoring their evaluation approach to the specific decision.
The second theme is process: executives at companies with satisfactory outcomes rate their processes highly when it comes to seeking contrary evidence and ensuring that decision makers had all the critical information, giving dissenting voices the floor, reviewing the business case thoroughly even though senior executives were strongly in favor, and ensuring that truly innovative ideas reached senior managers.
And the third theme is a focus on targets: the satisfied respondents assign high ratings to aligning incentives and basing the decision on a mix of financial and strategic targets as well as on a mix of short- and long-term targets.
It’s also notable that at companies where executives rate their strategic decisions overall as good, they are much likelier than others to say the company’s assessment of its own capability to carry out the particular decision was realistic, regardless of whether this decision had a good or bad outcome (Exhibit 2). Indeed, at companies with good overall processes, realistic assessment of execution capabilities is the third highest-rated activity, regardless of whether the particular decision had a satisfactory outcome. While at companies that make poor decisions overall, realistic assessment of execution ranks sixth for respondents evaluating a satisfactory decision and tenth for respondents evaluating a poor decision.

Notes
3Though there is a well-known tendency among people to rate themselves or their companies highly on specifics when they also think they do well in general, the differences in the intensity of the biases asked about here nonetheless provide a clear understanding of what executives think they do well and less well.
What goes wrong
At companies where the outcome of the decision was unsatisfactory, respondents generally rate themselves lower across the board. As one would expect, compared with the executives who are satisfied with their business results, they are less likely to say they have adequately used all the practices associated with successful decision making (Exhibit 3).

Further, regardless of what type of decision a company was making or what the outcome was, the best practice cited least often is that of actively seeking evidence contrary to the initial plan.
Decisions on certain subjects, whether leading to satisfactory or unsatisfactory outcomes, tend to include or avoid similar practices aimed at preventing bias. For example, whether the outcome was satisfactory or not, marketing decisions incorporate more of the best practices than any other single type of decision (Exhibit 4). Perhaps this is because companies make these types of decisions relatively often. Merger or acquisition decisions, which by nature tend to be less frequent, are the most likely to be missing elements of good decision making when the outcomes were poor.

Looking ahead
One of the most frequent practices at companies that make good decisions is the accurate assessment of execution capabilities, indicating that managers should increase their focus on this element when considering strategic options.
Even satisfactory decisions tend to overlook a good assessment of competitors’ reactions or a good alignment of individual incentives with strategic objectives, suggesting that all companies can improve their decision making by focusing on these practices.
Given the prevalence of individual and group biases in decision making that these findings highlight, managers could likely make better decisions by actively experimenting with alternative techniques such as prediction markets or other collective intelligence tools, which can nullify many pervasive biases.
About the Contributors
Contributors to the development and analysis of this survey include Renee Dye, a consultant in McKinsey’s Atlanta office; and Olivier Sibony and Vincent Truong, a director and consultant, respectively, in the Paris office. 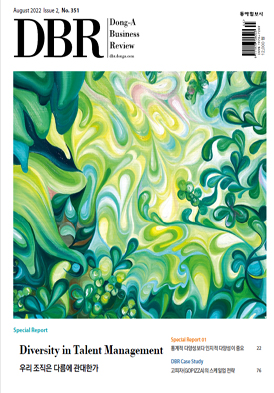